The future of Biometric Technology: Addressing the Fear Factor 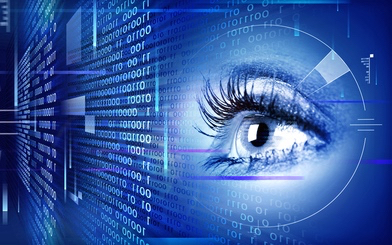 Although biometric technology has been proven and reliable for decades, until recently, it was only cost-effective for high budget, high security projects – usually commissioned by the Government or the Public Sector. It is now a commercially viable solution used to enhance convenience by eliminating the necessity to carry keys or cards, as well as improve security by using an individual’s unique biometric data to verify their identity. It’s human nature to be wary of any new technology – especially when it involves exchanging personal data (remember how long it took to build confidence in online banking and retailing?). As the science of biometrics begins to make its way into our everyday lives, through practical applications like photo tagging on social media, fingerprint readers on mobile phones, and iris recognition systems at airports, we can expect to see the public debate on biometric technology grow over the next few years.

Immediately the idea of lifting fingerprints or accessing whole fingers come to mind and very well so from portrayal in movies. Stunts to try and breach access will probably come about. We need to remember that Apple’s fingerprint reader is protecting access to a mobile phone, not a nuclear rocket launcher, and the low-end finger print reader the company has chosen to integrate into the iPhone reflects the job it’s doing – precisely why access can also be secured with a 4 digit passcode. As for ‘stealing’ a fingerprint (or even a complete digit) from someone who supposedly has access to state secrets, the fact is, we all leave a trail of prints behind us wherever we go – easily acquired by anyone, but simply having a fingerprint doesn’t give access to data. For one thing, sensitive data will be protected by more than a low-end fingerprint reader; iris or vein recognition – impossible to spoof, are a more likely choice – or a combination of several different biometrics, and in any case, a high quality fingerprint reader will certainly be able to detect a fingerprint that’s not connected to a living finger. Read more on how fingerprint scanner solutions works here

How about facial recognition? The uploading of 18 million mugshots to facial recognition systems by police forces in England and Wales has caused a stir in the past, with Biometrics Commissioner Alastair MacGregor QC saying he was concerned about the implications of the system for privacy and civil liberties. Andy Ramsay, identification manager at Leicestershire Police, which has a database with 100,000 custody photos, said that searches of the database using facial recognition are 100% reliable in cases where there are clear images, and in his opinion, facial recognition could soon become even more important than DNA or fingerprints for the police.

There’s no doubt that we’re on the cusp of a revolution; biometrics has the potential to transform all of our lives, improving them in a myriad of different ways. But it’s still an emerging technology, and for the public to embrace it fully, the industry needs to work hard to allay fears and build confidence, while in parallel, protocols and guidelines should be debated, and legislation established.